April 4 2018 — Toronto Real Estate Board President Tim Syrianos announced that Greater Toronto Area REALTORS® reported 7,228 residential transactions through TREB’s MLS® System in March 2018. This result was down by 39.5 per cent compared to a record 11,954 sales reported in March 2017 and down 17.6 per cent relative to average March sales for the previous 10 years. The number of new listings entered into TREB’s MLS® System totaled 14,866 – a 12.4 per cent decrease compared to March 2017 and a three per cent decrease compared to the average for the previous 10 years. “TREB stated in […] 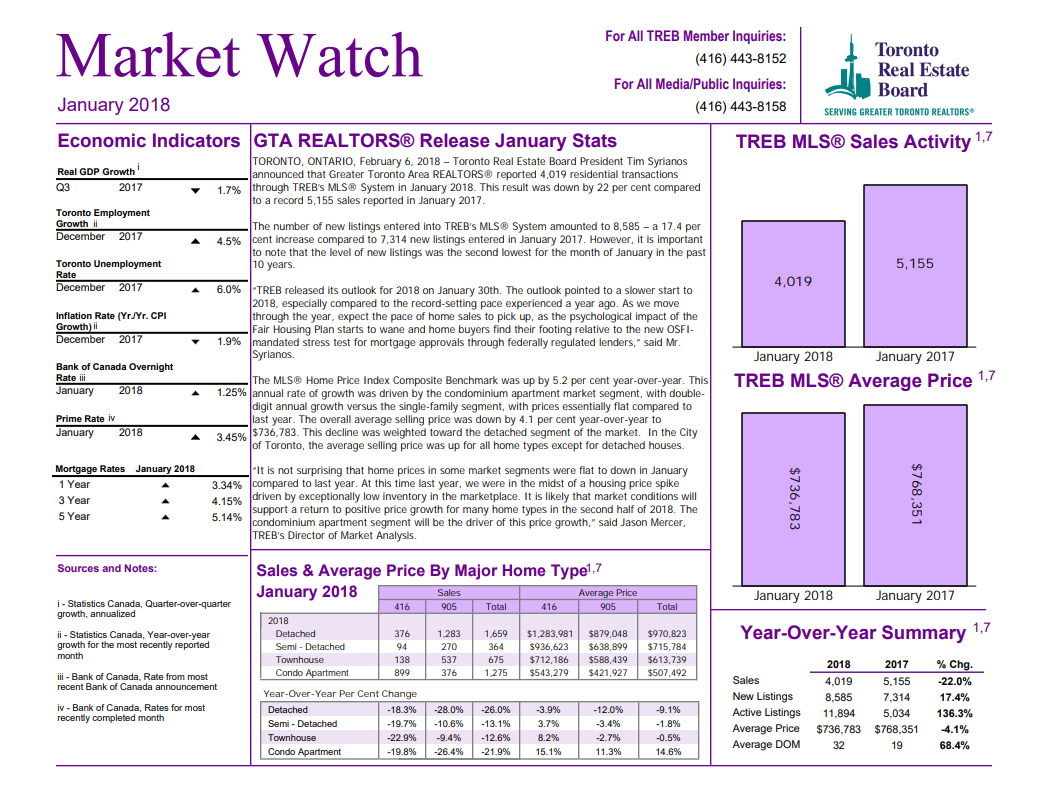 TREB’s MARKET WATCH offers up a mixed bag of good and bad statistical results for the month of January 2018. 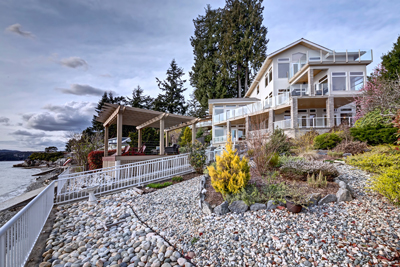 According to the 2017 Royal LePage Canadian Recreational Housing Report released today, the majority of recreational property markets across Canada have seen year-over-year price and sales volume increases, although in a number of regions, trends differ markedly.